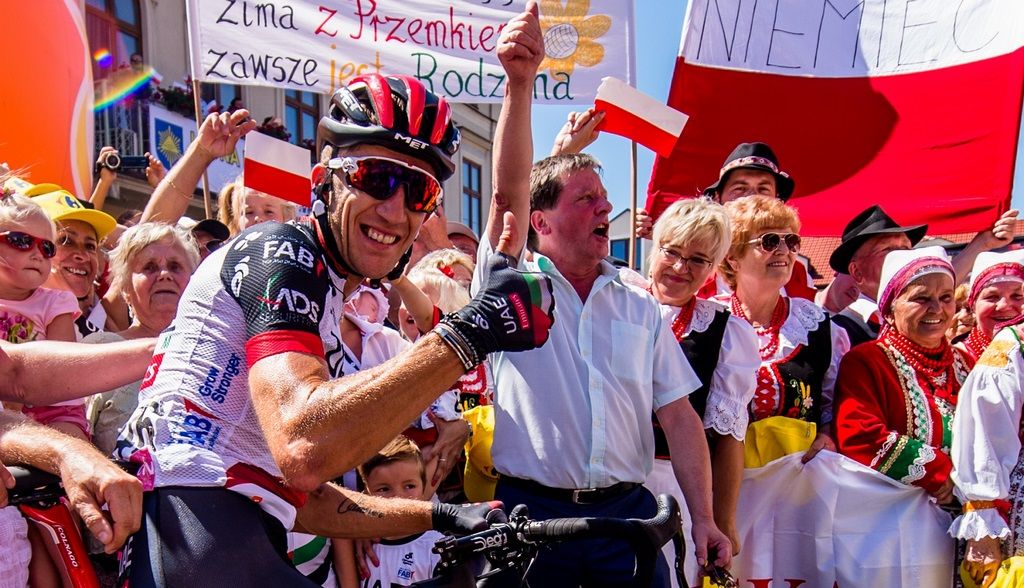 The Polish ex-pro rider is back in the pack to collaborate with the Lang Team staff.

When you really love cycling it’s impossible to stay off of a bike for long. It’s only been a few months since Przemyslav Niemiec parked his bike; his last race was the Tour of Turkey in October 2018, a race in which he had achieved his last success in the first stage of the 2016 edition.

2019 will once again see Przemyslav Niemiec active in world class cycling; however, this time he will be playing a different role. In fact, Niemiec has just joined the Czeslaw Lang staff and he will be actively collaborating with the Lang Team in the organization of the Tour de Pologne – UCI World Tour.

“I’m excited about this new adventure. The Tour de Pologne has always held a certain appeal for me, ever since I was a kid and I would go watch the race and cheer along the side of the road, dreaming about becoming one of those champions someday. Then that dream came true and my career has been very gratifying. However, you get to the point when you know it’s time to retire. I’ve participated in the Tour de Pologne a total of 12 times. My first time was in 2002. How can you not love the race of your own native country? I have so many great memories; for example, when I came in third in the climbing time trial at Karpacz in 2004, going on to win the jersey as the best climber; then in 2014 when I made it to fifth place in the general classification. In 2018 I raced here for the last time; in the 4th stage of that race I also had the privilege of passing through Wilamowice, close to where I live, and I got to stop for a few seconds to say hi to my wife and kids, as well as all of my fans. I’ve always greatly admired Czeslaw Lang, not only for what he accomplished as a rider but also for what he has done for the Tour de Pologne and for Polish cycling,” says Przemyslav Niemiec.

Niemiec, who was born in 1980 and is a native of Oswiecim, spent an admirable 17-season career in the pro leagues. He was always a very valuable rider for his captains, but whenever he got the chance, he also managed to score some good wins, as testified by his total of 16 victories. These are highlighted by the stage at Lagos de Covadonga in the 2014 Vuelta a Espana, two stages in the Giro del Trentino and the 2009 Polish National Championships. Then there was the 2009 Route du Sud and the 2005 Tour de Slovenia; also memorable was the fifth place at the Giro di Lombardia in 2011 and the sixth place in the general classification at the Giro d’Italia in 2013. Przemyslav Niemiec spent his entire professional career with Italian influenced teams: Amore&Vita, Miche, Lampre and finally with UAE Team Emirates.

“We share a special relationship built on friendship and mutual esteem with Niemiec, as we do with Kwiato, Majka, Bodnar, Marczynski and the other top Polish riders in the pack. The career that Niemiec enjoyed serves as a shining example for all young people. He has contributed so much to the growth of the Polish cycling movement and I am sure that his experience and his passion will contribute significantly to the Tour de Pologne. On aspects regarding the organization of the route, the dynamics of the race, safety during the competition, logistics management and much more, the eyes of an ex-pro who has only just laid down his bike will be very useful,” explains the General Director for the TDP Czeslaw Lang.