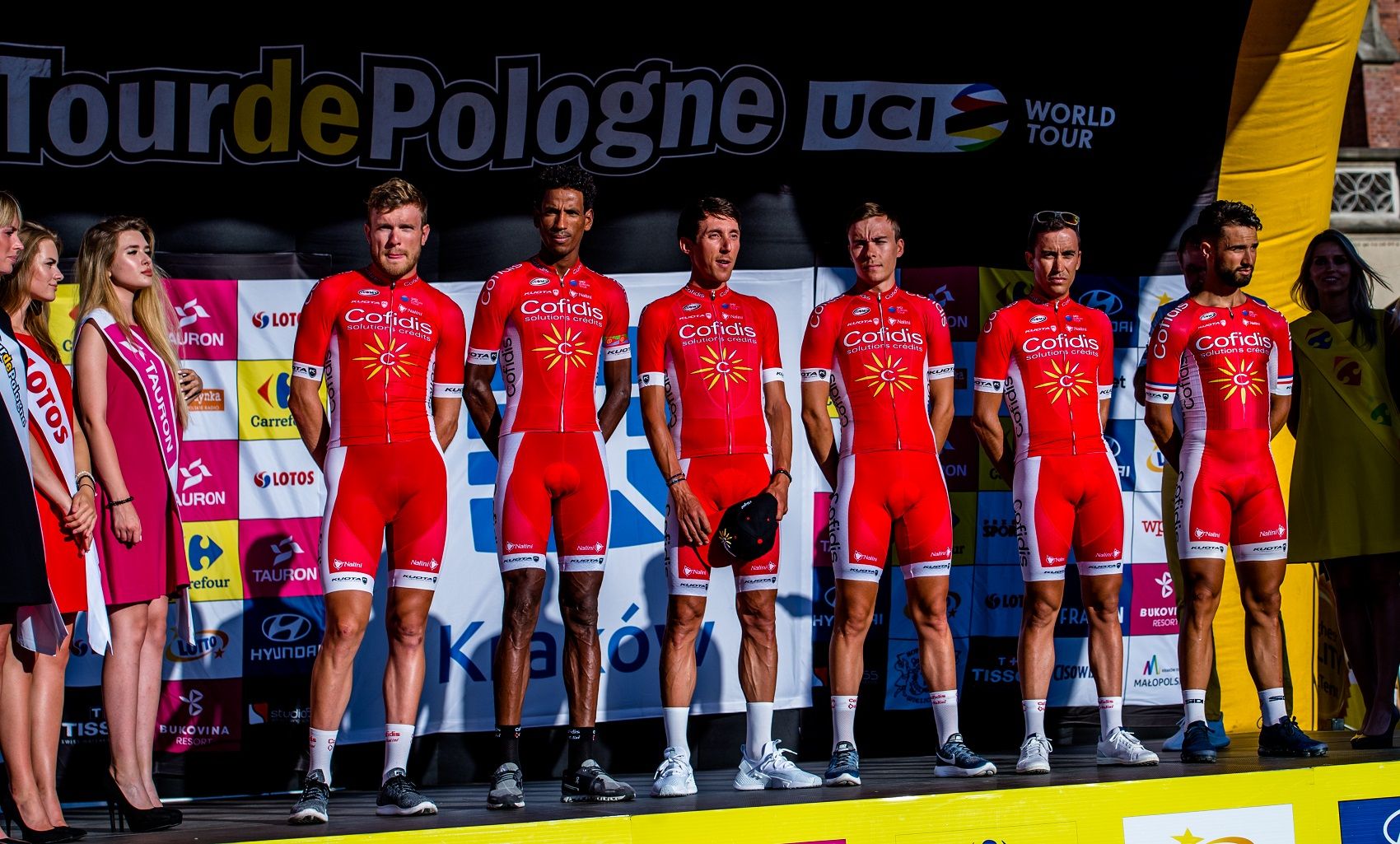 We are only 40 days away from the Grand Depart of the 76th edition of the Tour de Pologne – UCI World Tour from Krakow. The race will take place from August 3rd to the 9th.  Team Cofidis, Solutions Credits will also be in the pack since the Lang Team has assigned one of the wild card slots to this trans-Alpine professional-continental class formation.

“Taking part in races on the UCI World Tour calendar provides a wonderful opportunity for our team. We are very happy to have been invited to the Tour de Pologne for the second year in a row. This race is also a significant showcase for our sponsor. The Tour de Pologne has carved out an important space on the UCI World Tour calendar and year after year this event has continued growing, both as a sports event and in terms of media coverage. I have also had the chance to participate as a rider; the first time was in 1999, then in 2006 and 2007. I have to say that I have some very fond memories of this race, especially of the fantastic enthusiasm of the Polish crowds,” explains Cedric Vasseur, Team Manager for Team Cofidis, Solutions Credits.

“In 2019, we have been gaining strength on all fronts. The season is going quite well, we’ve already garnered more than 10 victories. We want to do our best to honour the invitation to the Tour de Pologne. We will be bringing a high calibre formation, made up 50% by riders who will be coming out of their experience at the Tour de France and 50% by riders who will be training specifically for Poland and the Vuelta Espana. As always, the Tour de Pologne will offer a route that is at once beautiful and demanding. There will be stages for sprinters and other fractions with terrain suited to attacks, as well as gruelling stages in the mountains. For the sprints we can count on Nacer Bouhanni, but I’m expecting good performances from riders like Jesus Herrada, Mathias Le Turnier, Darwin Atapuma, Luis Angel Matè and Filippo Fortin. Our minimal objective for the Tour de Pologne will be to give a good fight and win a stage,” concludes Cedric Vasseur.

“Our goal as organizers is to line up the 18 World Tour teams, which participate by right, alongside some wild card squadrons who have what it takes to contribute to making the race even more prestigious. Team Cofidis, Solutions Credits continues to stand out as one of the most competitive squadrons in the  professional-continental category. This is borne out by the results they have obtained and the numerous invitations they have received to participate in the most important Grand Tours and Classic one-day races on the World Tour calendar, where they have always managed to make an impact. This year they will also be lining up for the start of Tour de France, as well as the Vuelta Espana, where they won a stage in 2018. I’m sure that they will show up at the  Tour de Pologne to ride a great race,”  says General Manager Czeslaw Lang.

For the 2019 edition, the Lang Team has assigned four wild card slots. In addition to Team Cofidis, Solutions Credits, the other team who received an invite are: Gazprom – RusVelo, Team Novo Nordisk and the Polish National Team.