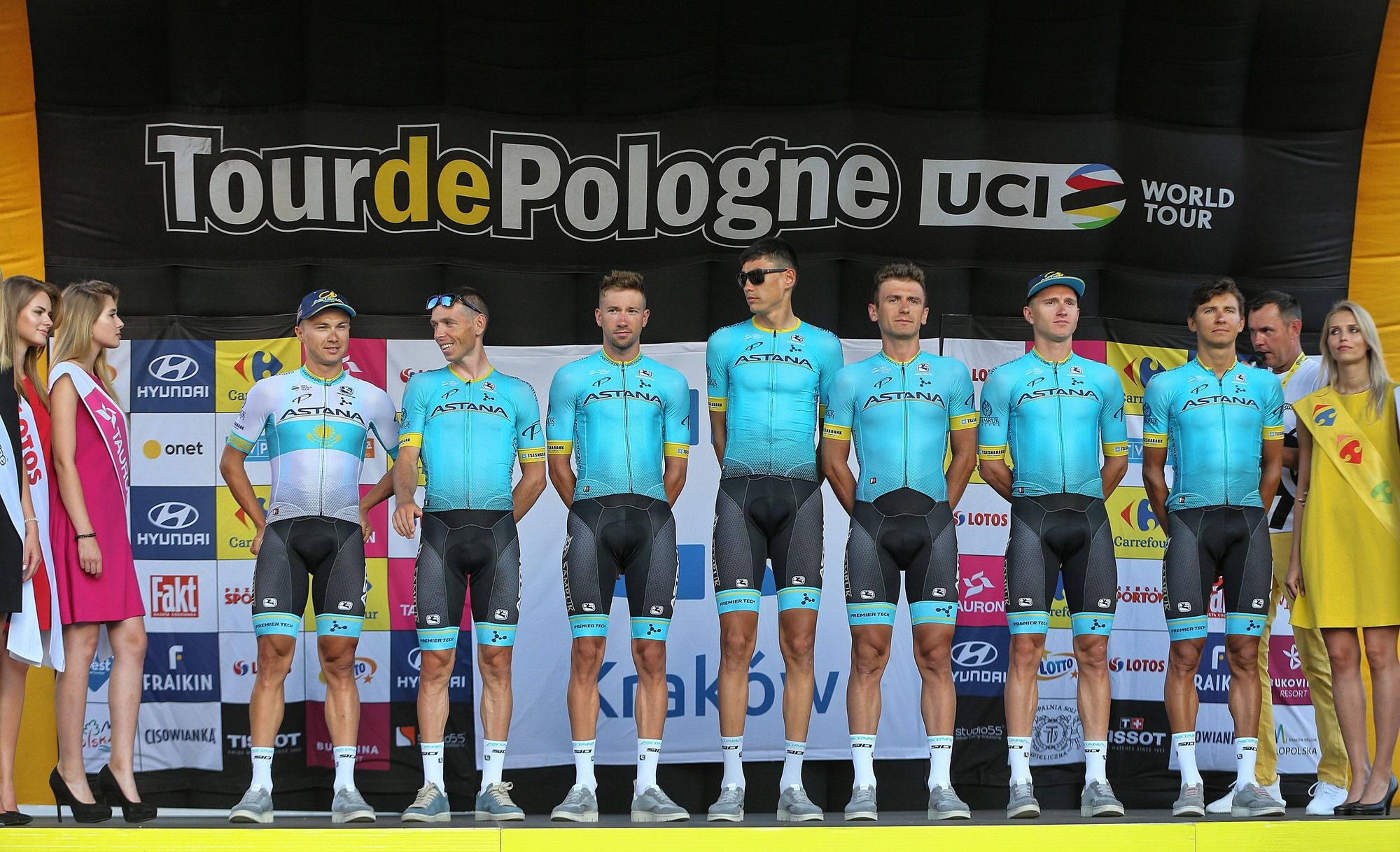 At the Tour de Pologne – UCI World Tour from August 3rd to the 9th, Astana Pro Team will be able to count on Miguel Angel Lopez. This will be the first time in his career that the strong Colombian rider will be participating in the Tour de Pologne. This year, Lopez was already a major figure on the roads of the Giro d’Italia, where he won the white jersey as the best young rider. Not to mention that in 2018 he made it to the final podiums in the Corsa Rosa and the Vuelta, where he came in third in both races.

Besides him, the Astana Pro Team’s provisional start list for the Tour de Pologne features Spain’s Ion Izaguirre, winner of the 2015 Tour de Pologne and second twice in the race, in 2014 and 2013;  Italian Dario Cataldo, Czech Jon Hirt, Kazakhstan’s Nikita Stalnov, Eritrean Merhawi Kudus and the other Colombian Rodrigo Contreras.

“This year, the team and I have decided to modify my schedule a bit before the Vuelta a Espana, and I’ve decided to participate in the Tour de Pologne. It’s the first time I’ve competed in this race and I am highly motivated and excited about this new experience. The Tour de Pologne is a top-level race; I’ve seen that the route is a mixed bag, with both hilly and mountain stages, and it looks good on paper; I like it and it seems quite suited to my skills. This race will become an excellent opportunity to test my form with the Vuelta in my sights. At the same time, however, I am curious to see what kind of performance I can give on the Polish roads. It’s hard to say what my ambitions could be, but I will definitely try to fight for a stage victory and perhaps a good result in the general classification,” says Miguel Angel Lopez.

“In this season, the Tour de Pologne will be an essential step for our team as we prepare for the Vuelta a Espana. Besides being an excellent race, considering that there are lots of strong riders at the starting gate, the Tour de Pologne has become a very important test to verify what shape we’re in. After all, our team never takes part in a race without ambitions and goals. In Poland we will be able to count on a very strong squad, with top-tier riders, and even though we have the Vuelta in mind, we will give it our all every day to achieve the best results possible,” explains Sports Director Dmitri Sedoun.

“I see great quality and awesome potential in this squad. Looking over the names of the riders on the roster, I think that the team will be able to express itself very well on the roads of the Tour de Pologne. Miguel Angel Lopez has proven to be a true talent in Tour races. Furthermore, here in Poland Ion Izagirre has already won and done very well in the past; but Dario Cataldo and Jon Hirt are also names that deserve attention. It’s a formation that can give a good fight and light up the race, especially in the mountain stages. Having great riders at the start is always a source of pride and satisfaction” emphasizes General Director for the Tour de Pologne Czeslaw Lang.