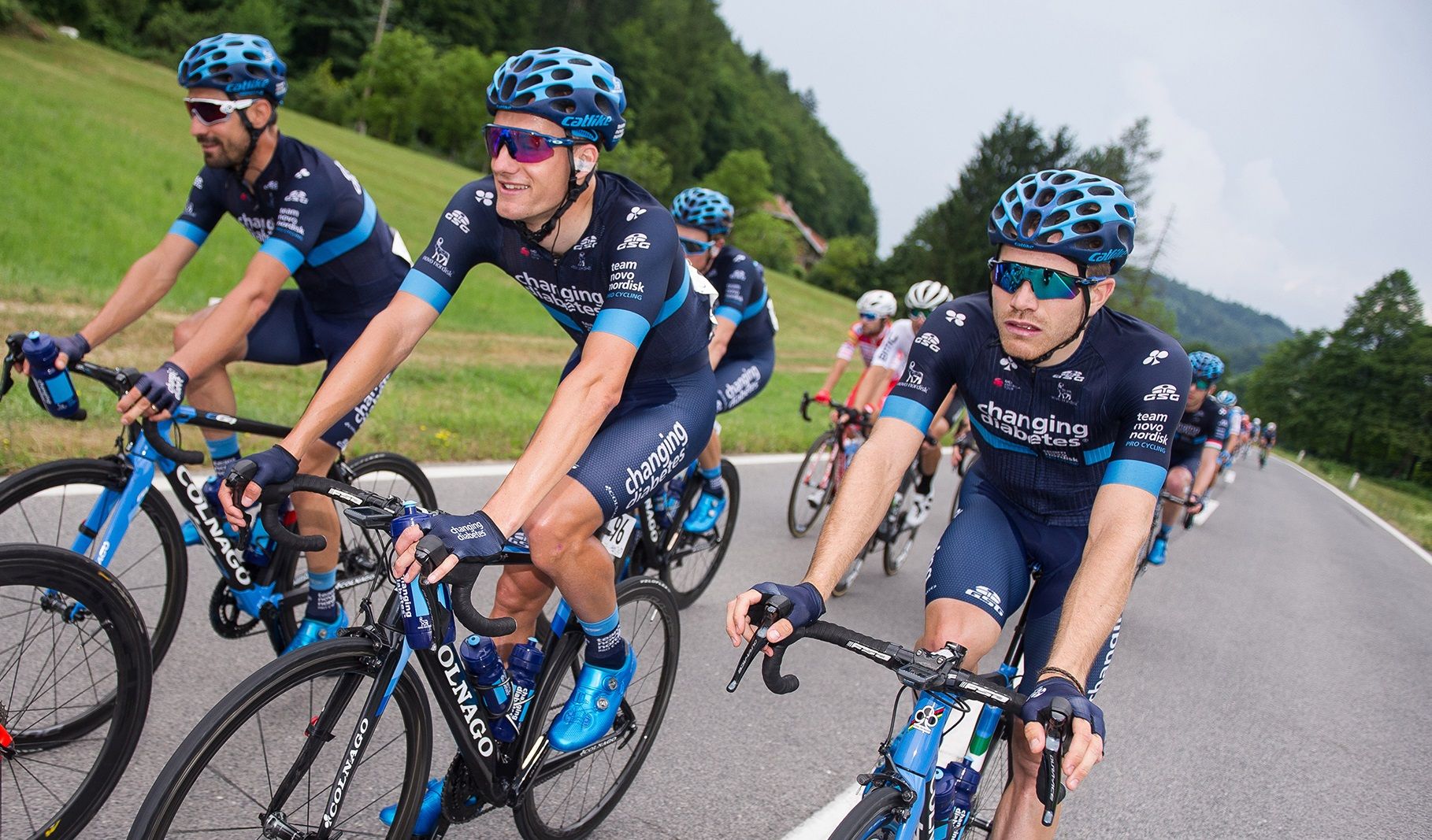 Is it possible to compete at the highest levels when you have diabetes? The answer is yes, and there are facts to prove this. If you need more proof, just look at the project that Team Novo Nordisk is seriously committed to pursuing in cycling.

With just 30 days to go until the grand depart from Krakow for the Tour de Pologne UCI World Tour, from August 3rd to the 9th, let’s have a look at the American formation which this year is one of the four teams that received a wild card invitation from the organizers. We remind you that the other wild cards were offered to team Gazprom-RusVelo,  team Cofidis, Solutions Crédit and the Polish National team.

Team Novo Nordisk’s mission goes beyond cycling and sports, with a wide-ranging project called “Changing Diabetes”. The initiative has been developed worldwide and is intended to improve conditions for about 425 million people who are suffering or at risk from diabetes.

Team Novo Nordisk is the first team in the world made up of professional athletes, representing 12 different countries, who all have diabetes. The goal is not only to win, but to help encourage people living with diabetes and show them that having this disease doesn’t mean they can’t pursue their own ambitions and dreams. This is why every year the athletes from Team Novo Nordisk meet thousands of people, to convey this message of hope. Through their victories and achievements on the road, they are trying to inspire and motivate anyone who needs a little extra encouragement.

“We decided to invite Team Novo Nordisk to the Tour de Pologne for the fourth year in a row because in previous editions they have really honoured the race with their participation, proving to be a top level squadron worthy of a World Tour race. Furthermore, I am convinced that first and foremost, sport should represent life and hope. Through sports and cycling, these riders are spreading an important social message that deserves to be shared throughout the world, as well as here in Poland,” explains General Manager for the Tour de Pologne Czeslaw Lang.

“To take part in races on the World Tour schedule is not only a fantastic opportunity in terms of sports, but it is also a significant showcase for the social message that our team wants to convey. With our riders we are trying to put together a top-tier calendar. This year we have already participated in World Tour races like the UAE Tour, the Milano-Sanremo and the Tour of California. The Tour de Pologne has definitely turned out to be one of the most important events in our season. This edition also features an interesting route; it is complete and challenging. We will be lining up the best team possible for the start. The members on whom we are counting the most for the most important races are the Italian Andrea Peron, Frenchman Charles Planet, Spain’s David Lozano and Hungary’s Peter Kusztor. These guys really give it their best and they deserve attention; I try to impart my experience to them. We will prepare through specific training and by participating in the Adriatica Ionica Race (July 23-28). Our goal in Poland will be to do our best in the race day by day. It is never easy to vie for victory when you’re competing against World Tour teams, but we will definitely try to light up the race, standing out in the breaks and taking advantage of any opportunity that could present itself in every stage,” explains Sports Director Massimo Podenzana, a pro rider from 1987 to 2001 whose career victories include a stage in the Giro and one in the Tour; he is a two-time Italian National Champion, holds silver and bronze World Championship medals in team time trial events and most notably he was one of Marco Pantani’s best wingmen on team Mercatone Uno during the major tours.