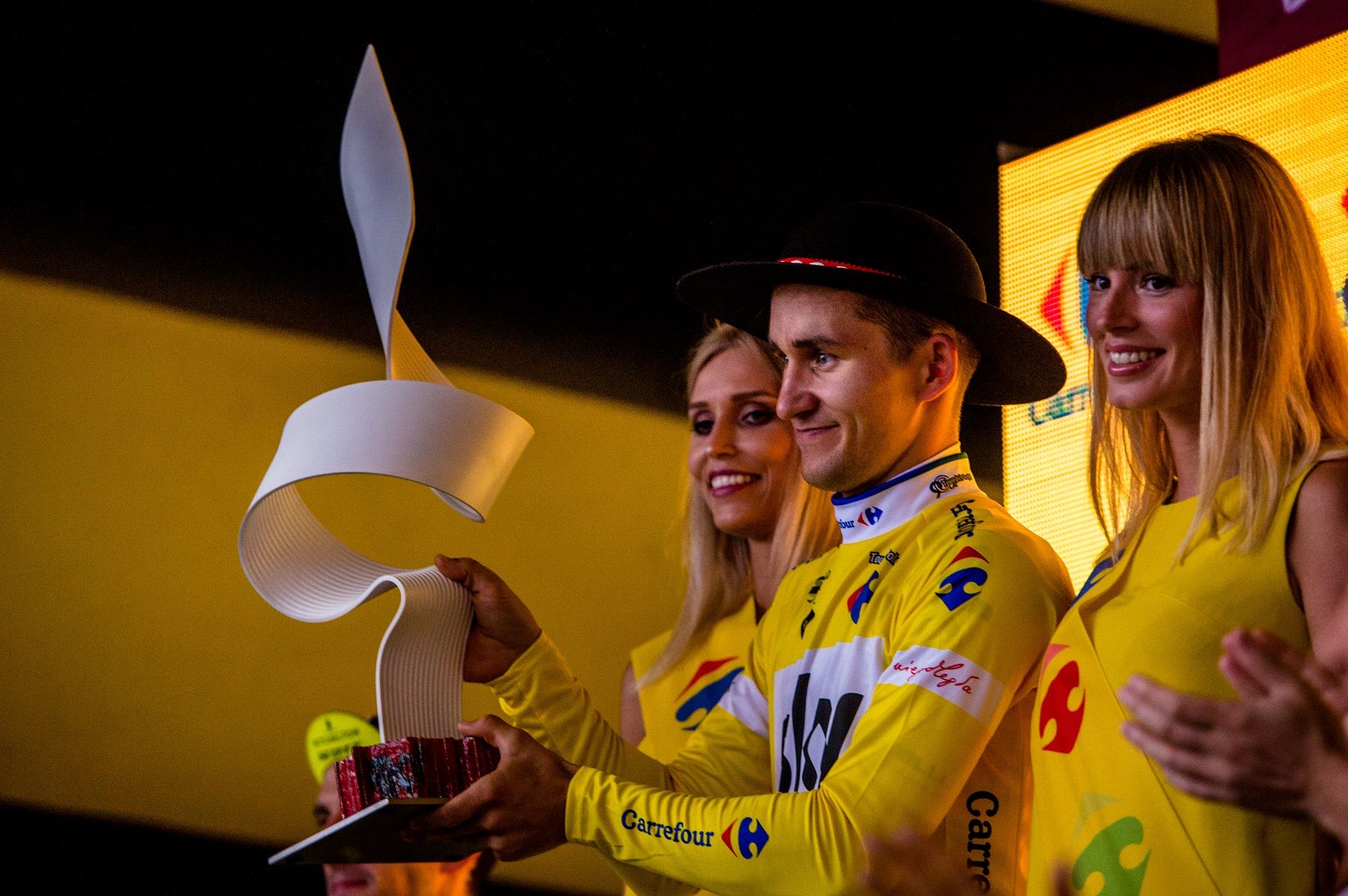 Once again in this edition, the winner will take home a modern and eco-sustainable work by the artist from Trento, Mirko Demattè.  Young future champions will also be awarded.

There are actually five pieces; in fact, in addition to the trophy that will be awarded to the winner of the Tour de Pologne, another four works have been produced in the same style, but smaller; these will go to the young men and women’s winners of the Kinder+Sport Mini Tour de Pologne CUP, the challenge open to kids from clubs, for the 11-12 year-old category and the 13-14 year-old class as well.

Great cycling races are reflected in the trophy that is assigned to the winners from one edition to the next. The trophy becomes a symbol that comprises the values of the event and conveys continuity, a sort of testimonial that passes from the hands of one champion to the next, year after year, raised towards the sky in the throes of victory, inciting thrills, a sense of achievement and unforgettable memories. 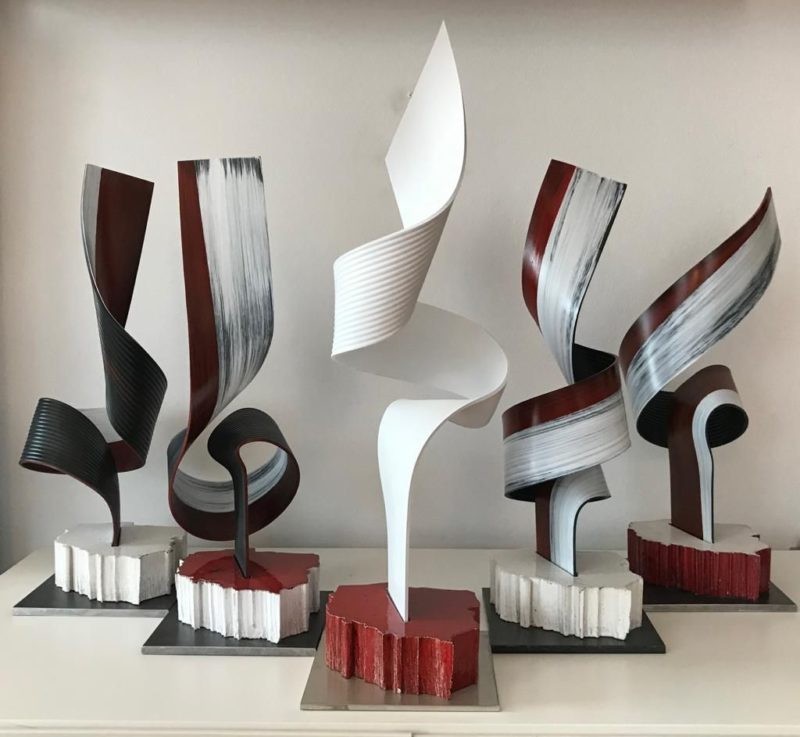 “It is always an exciting honour for me to make this trophy. For the winner’s trophy, the theme is  tradition and continuity; I think it is important that the spirit of victory and of Poland be comprised in this symbol and prominently recognisable through time. On the other hand, although the trophies for the young winners maintain the same aspects of the major piece, the details are a bit different. I wanted to play with metaphors and similarities, making the most of materials and colours. For example, the pedestal under the ceramic base of the smaller trophies is not in steel, like in the larger trophy, but in iron, because it is a rougher element, a bit like the young riders are still rough around the edges; they need to take shape, develop and grow. In terms of colours, in addition to the white-red scheme symbolizing the Polish flag, there is black, which doesn’t represent darkness, but rather the road that these young riders will have to take on before writing their destiny. Through their lives, their stories and their adventures it will be up to them to fill this black with colour. Of course, for all the trophies, the most important colours are still the white and red of Poland, particularly in this edition featuring strong national values, as the race will contribute to celebrations marking 100 years of the Polish Olympic Committee. I am proud of this collaboration with Czeslaw Lang. There has always been a strong bond of friendship and collaboration between my native land, Trentino, and the Tour de Pologne. I have strong ties to Poland; in the past several years I have travelled this country extensively for exhibits in many cities, including Warsaw and Krakow, and I’ve gotten to know and appreciate this great nation, its people and its traditions,” explains the artist Mirko Demattè.

According to critics, Mirko Demattè’s art represents a turning point on the international artistic scene. The techniques he uses and the choice of materials he puts into his works make this artist an indefatigable explorer of new artistic expressions. Materials are at the heart of Demattè’s artistic production, and it is in the materials that the artist impresses his feelings. The pieces that the artist from Trentino has made for the Tour de Pologne are all hand-made modern works of art with ceramic bases and the main structures in woodn, a hi-tech material in pvc and bamboo that is  eco-friendly and completely recyclable produced by Woodn Industries under Roberto Chemello, ex CEO for Luxottica.