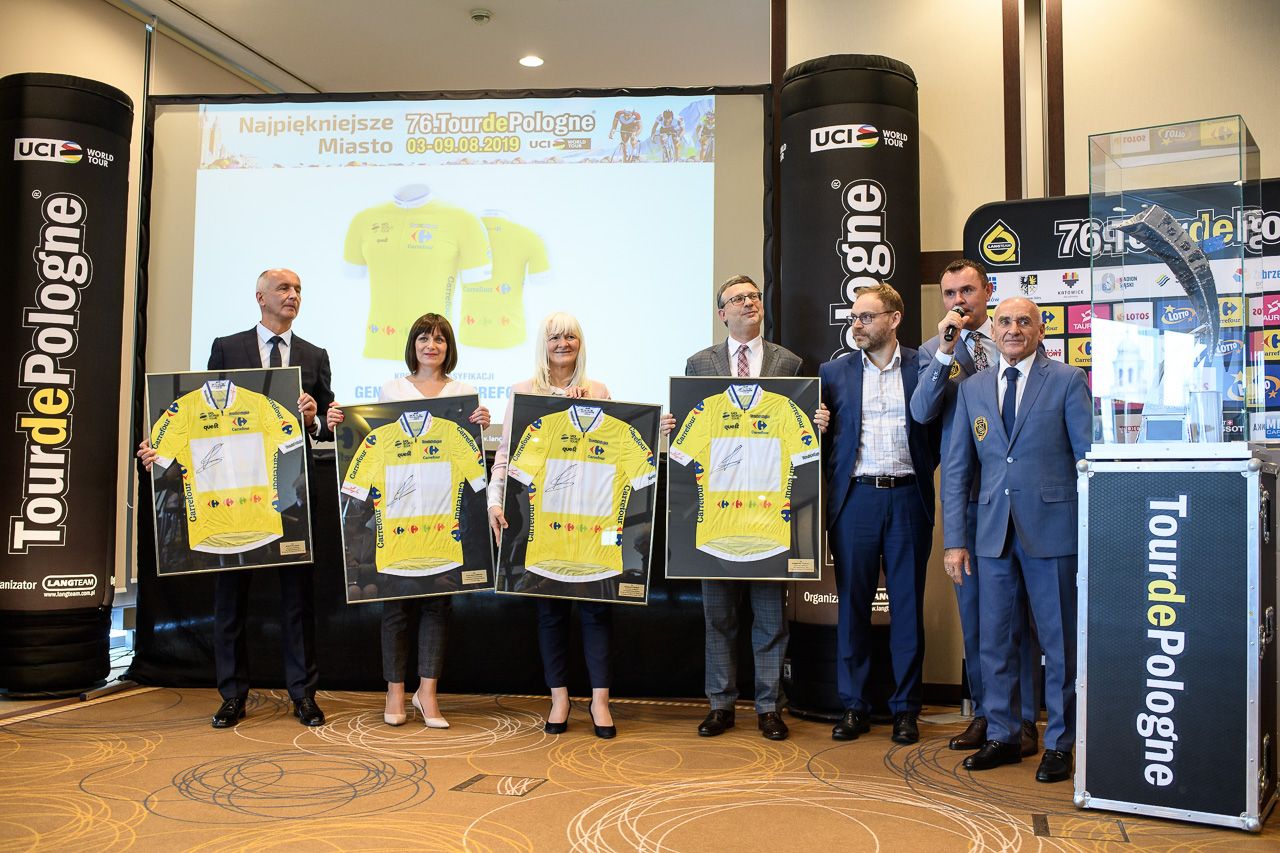 Some special awards have been granted to the most beautiful cities featured in the Tour de Pologne UCI World Tour,  which was held from August 3rd to the 9th, 2019. The contest has been held for the last four years, the basic idea being to encourage creative and original support from people who live in the towns touched by the race, as well as to show appreciation for the contributions and commitment of each of our partner cities. The prize ceremony was held at the Hotel InterContinental in Warsaw. Candidate cities were evaluated by a jury made up of members of the Lang Team, event sponsors and representatives of the media involved in the Tour de Pologne.

The “Wieliczka” Salt Mine won the category of “Start City”. The “Sprint Intermediate Prime” category was won by Siemianowice Slaskie. BUKOVINA Resort won the category for “Stage City”.
They were all awarded special trophies, the yellow Carrefour jersey that identifies the winner of the Tour de Pologne. BUKOVINA Resort also received the special prize of an ad campaign courtesy of Cityboard Media.
Furthermore, special prizes were also awarded to Jaworzno in recognition of their commitment to the start of 4th stage, which was neutralized after the tragedy of Bjorg Lambrecht; to Zabrze for the best logistical organization and to Województwo Slaskie for their promotion of the region.

TDP. “Every year the Tour de Pologne passes through about four hundred places, where we always encounter fantastic enthusiasm from fans and commitment from our partner cities. The prizes assigned through this contest are intended as a sign of recognition and gratitude to those places. I am very happy to have had the opportunity to collaborate with such wonderful partners on both a human and professional level,” said Czeslaw Lang, General Director for the Tour de Pologne.

Start City. “We are very happy that “Wieliczka” Salt Mine has won the award in this category. Together we have built a history with TDP that has lasted for more than 20 years. For the last 3 years we have organized the stage starts and welcomed not only the best cycling teams, but also fantastic fans cheering their idols. We would like to thank everyone for the great sports atmosphere and awesome memories,” said Zbigniew Zarebski, President of the Board of “Wieliczka” Salt Mine.

Sprint Intermediate Prime. “We are very glad that for over 10 years the people of Siemianowice Slaskie have been very engaged in the TDP and in helping to create an amazing atmosphere. Participating in the most important and prestigious cycling event in Poland, the chance to see the top riders and witness their rivalry in our city is a great experience and a fantastic opportunity to promote the town. Every year our citizens participate in this cycling event by organizing interesting activities, making decorations and then playing and celebrating together in the Main Market Square,” said Rafal Piech, President of Siemianowice Slaskie.

Stage City. “BUKOVINA Resort has been co-organizing with TDP for years and we also co-organize the TDP Amateurs Race. We were very pleased about the nomination and are very happy with the award. I’d like to express a great thanks to all the residents and fans who create an amazing atmosphere of a cycling holiday. This award is an honour and a great opportunity to promote our area, traditions and the culture of Podhale region, as well as a healthy and active lifestyle,” said Edward Kuchta, President of the BUKOVINA Foundation.