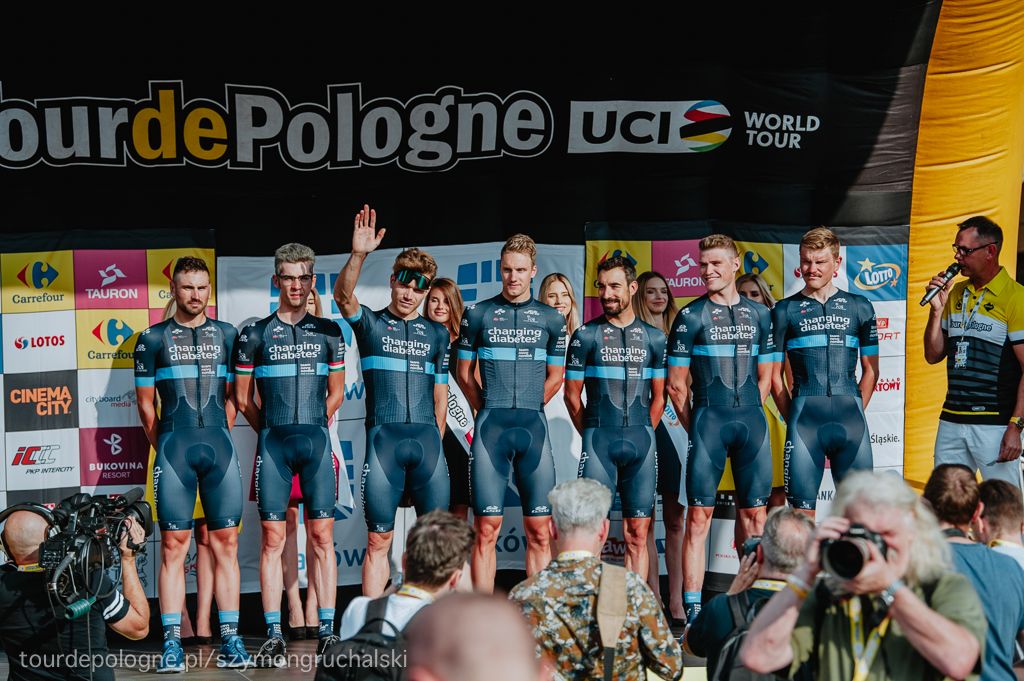 The wait is finally over. The first wild card for the 2020 Tour de Pologne has officially been assigned to Team Novo Nordisk. For years, this squad has been associating professional sports to a truly special project.

The group was originally formed with the aim of being the first team in the world made up entirely of diabetic athletes. They decided to take on the ambitious mission to show that diabetes does not have to be an obstacle to pursuing your dreams and achieving your goals. By sharing their experiences and stories of their daily lives, the riders have become a source of inspiration for the 430 million people who live with this disease. Their program promotes the fundamental values of cycling, where determination is the real key to accomplishment.

CEO and co-founder of the team, Phil Southerland, says he is honoured that the Lang Team is still supporting their project, which will provide their platform with international exposure during the race. “We do not take this wild card lightly,” he added. “And we will arrive ready to light up the race and show the world what is possible when you have diabetes. In 2020 this will not change, and we will approach this event with the same drive and motivation as always.”

General Manager Vassili Davidenko feels the same. He says: “For our team and sponsors, we feel the continued support from the Tour de Pologne shows a recognition of our growth and a belief in our team’s unique message. Year after year, our project continues to grow, and we will show our appreciation by lining up with our best squad and racing aggressively at an event that suits the skills of our team. The route is really diverse and has something for every type of rider, meaning there will be lots of opportunities for us over the seven stages. With the squad we have, we will be looking to make the most of these opportunities, taking every chance we get to prove ourselves and building on the success we had at last year’s race.”

Czeslaw Lang explained his choice by saying, “It’s now the fifth time in a row that we invite the novo Nordisk Team. This is a unique team that combines high sports performance with noble goals under the leadership of their Vice President Vassili Davidenko. During the previous editions of the Tour de Pologne, the Novo Nordisk Team riders have made a very good impression. The best example is Charles Planet, who last year won the Lotto Most Active Rider classification and was the leader of the Tauron Best Climber classification for four stages.” But the boss also pointed out the importance of the values that motivate the entire team. “Inspiration and support for all people with diabetes is a message that should be promoted in Poland and around the world.”