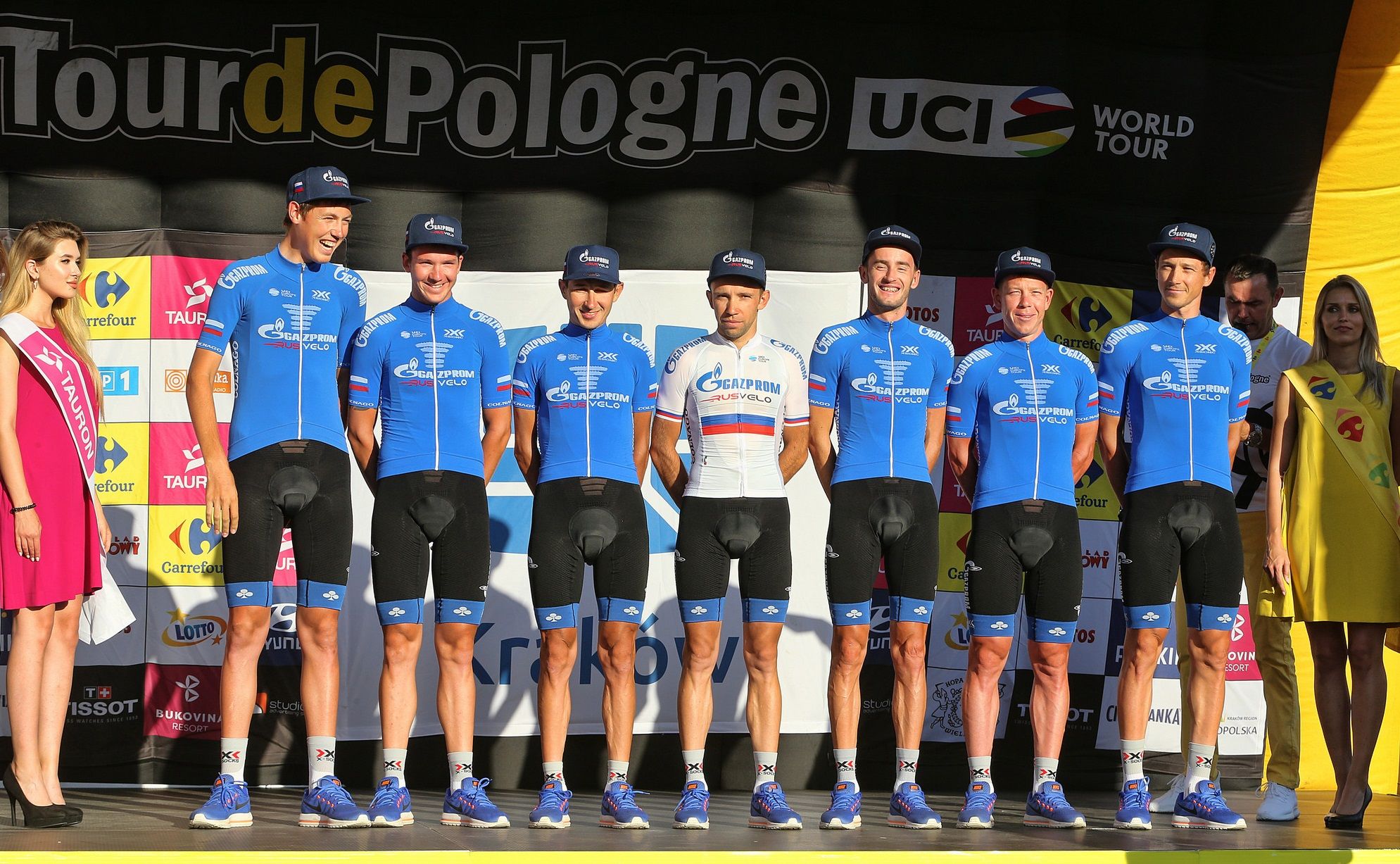 The big date with the Tour de Pologne – UCI World Tour is getting closer. There are just 50 days left until the Grand Depart from Krakow, and we are starting to get a better sense of the starting field for what promises to be a great edition.

From August 3rd to the 9th, along with the 18 World tour teams that will be participating by right in all the action on the roads of the Tour de Pologne, there will also be riders from professional teams that have been invited by the Lang Team organizers: Cofidis, Gazprom-RusVelo, Team Novo Nordisk and the Polish National Team.

This will be the fifth time in a row that Gazprom-RusVelo has participated. In the last four editions of the Tour de Pologne, the Russian formation has always stood out by performing at the highest levels. We’ll leave it up to the General Manager for team Gazprom-RusVelo, Renat Khamidulin, to introduce the team.

“It is tremendously satisfying to see that we have been confirmed for the start of the Tour de Pologne. The Tour de Pologne has become a standing appointment on our schedule. It is a race that means a lot to us for many reasons. To race in the World Tour is a significant showcase for the entire team and furthermore, for the riders it is a great opportunity to shine on the greater international cycling scene. It is important for the team to be able to fill a significant calendar. This year in the World Tour we have already been able to race in the UAE Tour, where we wore two leader jerseys; in the Tirreno-Adriatico, where we made it into all of the breaks, and in the Eschborn-Frankfurt. Unfortunately, in 2019 we still haven’t won anything, but we are one of the teams that have absolutely racked up the most kilometres in breakaways, always striving to stand out and give it a good fight.”

“For a Russian team like ours, the Tour de Pologne definitely holds a special appeal. It is the most important cycling event in all of Eastern Europe. The organization, the quality of riders in the pack, the routes, the international media coverage and the enthusiasm of the crowds lining the streets every day…these are all aspects that distinguish the Tour de Pologne and make it great; and it makes us proud to be here at this event, which by now, in my opinion, is right on par with the major stage races in terms of organization. Here’s a little anecdote to describe how wonderful the atmosphere is at the Tour de Pologne. Last year, our cook and head nutritionist, who is Italian, came to this race for the first time. He literally fell in love with Poland, for the people, the cities, the festive atmosphere, the scenery…and he didn’t want to go back home…” explains Renat Khamidulin.

In the next several weeks the team will officially decide the names of the riders who will be lining up for the start of the Tour de Pologne.

“We want to line up the most competitive formation possible in Poland. In the month of July, the riders will attend a high-altitude training camp in Livigno. We will be focusing primarily on our young riders. There will be two leaders at the start: Aleksandr Vlasov, winner of the Giro d’Italia under23 in 2018, and Evgeny Shalunov, who is a very interesting rider. Ours is a team trained to attack and our goal will be to take advantage of all the good chances that will open up in each stage. The guys will be followed by Denis Menchov, winner of the 2009 Giro d’Italia and the 2007 Vuelta Espana, and Michele Devoti, riding in the team car,” concludes Renat Khamidulin.

“Gazprom-RusVelo is a respectable cycling enterprise that has been pursuing its project with serious commitment for many seasons. It is a competitive team, with a good mix of young riders, backed up by more experienced members. They always manage to carve out important spaces for themselves in the races in which they participate, and in previous editions here in Poland they have always lent a significant contribution to the race. These are the reasons that lead us to renew our faith in this team year after year, rewarding their consistency and their commitment. Add to this the joy of seeing Gazprom-RusVelo pedalling on bicycles by my great friend Ernesto Colnago, with whom for many years I have shared a relationship based on mutual esteem and respect,” says General Director for the del Tour de Pologne, Czeslaw Lang.