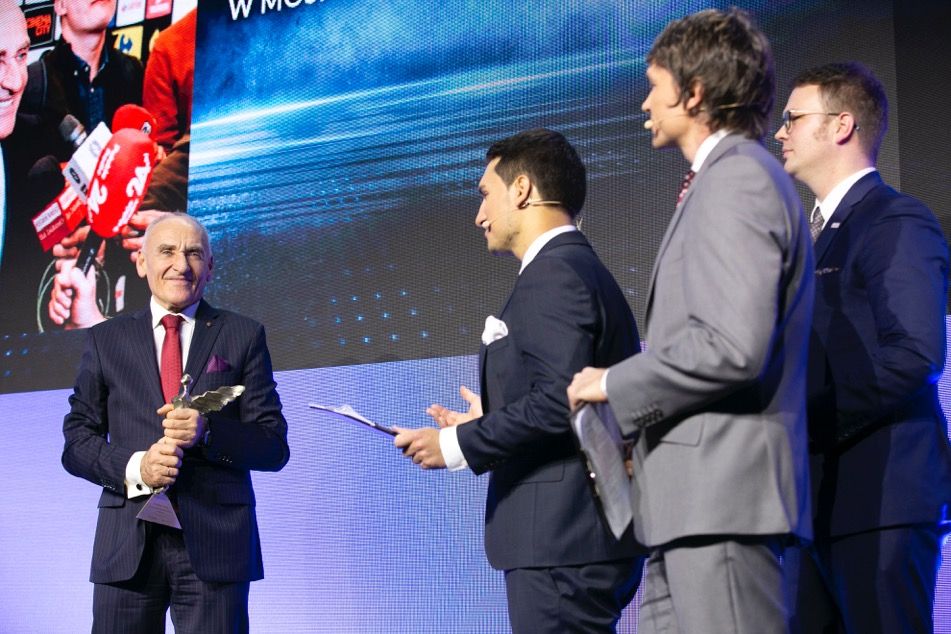 Czesław Lang received a special award – the statuette of the Ambassador of Good Practices in Sport – during the gala honoring the 50 Most Influential People in Polish Sport, according to Forbes magazine and the Pentagon Research company. The General Director for the Tour de Pologne placed impressively high in this ranking, taking fifth place.

Czesław Lang has been at the forefront since the very beginning of the classification. This time he placed fifth, just like he did in 2018. The President of the Polish Football Association, Zbigniew Boniek, won for the fourth time in a row. Second place went to the famous Polish ski jumper, currently Director – Coordinator in the Polish Ski Association Adam Małysz; Polish National Team and Bayern Munchen footballer Robert Lewandowski was third. Fourth place went to Witold Bańka, former Minister of Sport and Tourism. Starting next year, he will also take on the role of President of the World Anti-Doping Agency (WADA).

Created by Forbes and Pentagon Research, the ranking is an annual list of people who have the strongest influence on Polish sport – athletes, coaches, activists, businessmen investing in sports, sponsors and journalists. The creators of the ranking take into account many aspects, including who contributes most to achieving sporting successes, who effectively promotes a healthy lifestyle or who decides about the functioning and financing of sports organizations.

During the gala, awards for Ambassadors of Good Practices in Sport were also presented for the first time. The Awards are granted to people who in a special way – often selflessly – support Polish sports. Czesław Lang received one of them for changing the image of Polish cycling and advocating for the health of all Poles.

– “Thank you very much for this wonderful award. I consider this as a reward for the whole team, which has been organizing the Tour de Pologne since 1993. Over the years, our national race has changed almost beyond recognition. Today it is the largest sports event in Poland and the most significant cycling race in this part of Europe.  One thing has not changed – the passion that has driven us from the very beginning. Anyway, this is an element that distinguishes everyone in this ranking of the most influential people in Polish sports. I am honored that I was chosen among its leaders once again,” said Czesław Lang.

Mateusz Widłak, founder and president of Amp Futbol Polska, was also awarded the Ambassador of Good Practices in Sport.