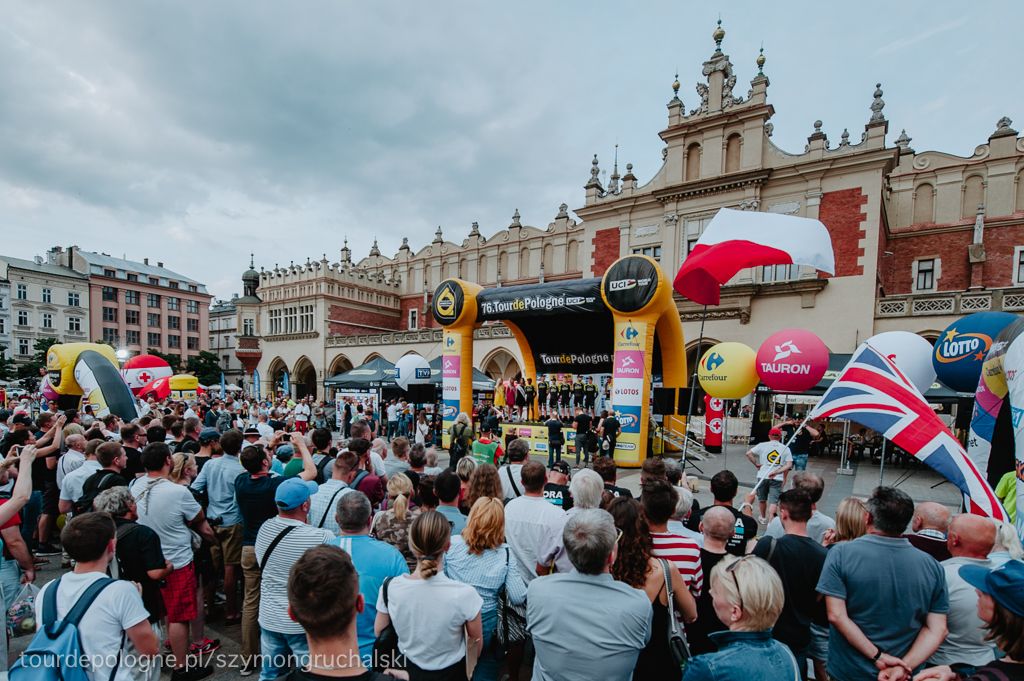 The general assembly of International Association of Cycling Race Organisers (AIOCC) will be held on November 22nd in Cracow. The directors of the most significant races from around the world, including the Grand Tours – Tour de France, Giro d’Italia and Vuelta a Espana – will meet in Poland for the first time ever.

AIOCC is the largest association of cycling organizers and has a huge impact on changes in cycling. It currently has 124 members, and the President is Christian Prudhomme, director of the Tour de France. Every year, race directors meet to talk about the most important issues related to cycling development, i.e. safety, the fight against doping, discipline promotion, women’s cycling development, technological issues, regulations and the UCI World Tour calendar.

This year the AIOCC congress will be held in Poland for the first time. The ceremonial opening will take place on Thursday evening during an official banquet at the “Wieliczka” Salt Mine, which has been associated with the Tour de Pologne for many years. The general assembly will take place on Friday in Cracow, a city particularly close to the Polish national race. For years the Tour de Pologne has begun or ended in Cracow.

“I am very happy that we have the opportunity to organize the AIOCC congress in Cracow, Poland. It is a great honor and reward for us. Regular meetings are extremely important, not only in terms of cycling promotion and the development of races themselves. It is also an opportunity to meet and exchange experiences with the most important people in the UCI World Tour” – said Agata Lang, Deputy General Director of the Lang Team, Vice President of the European Cycling Union.

Agata Lang and Czesław Lang, General Director of Tour de Pologne, will be the hosts of the congress, and among its guests will be Christian Prudhomme, President of AIOCC and Tour de France Director, Mauro Vegni, Director of Giro d’Italia and Javier Guillen, Director of Vuelta Espana.