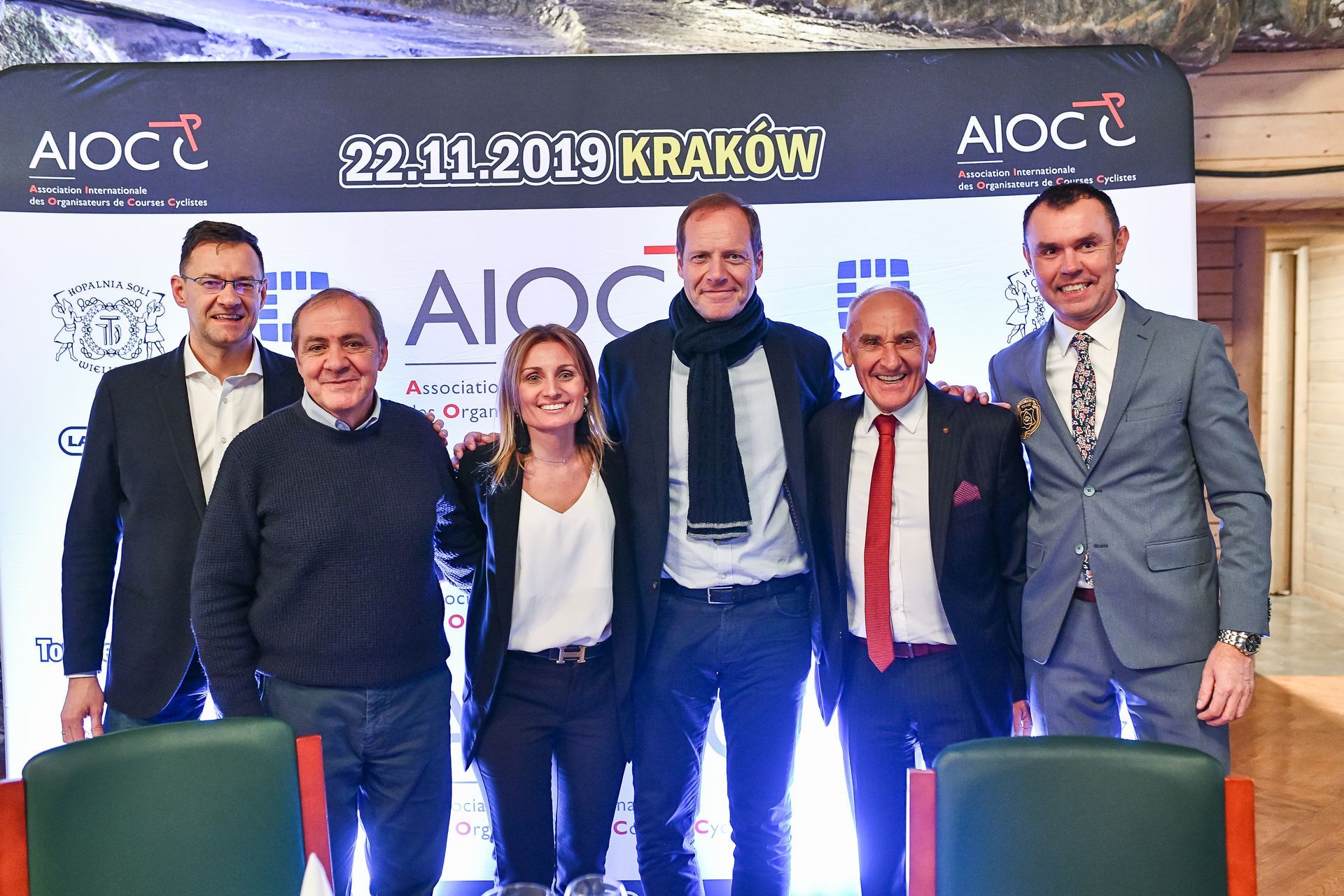 Over one hundred guests from around the world took part in the general assembly of the International Association of Cycling Race Organizers (AIOCC), which was held in Poland for the first time in history. During the meeting in Krakow, the directors of the most important cycling events discussed primarily the safety of races, their promotion and development of the discipline.

The AIOCC Congress was officially opened by the President of the Association, and Tour de France Director, Christian Prudhomme. During an official banquet at the Wieliczka Salt Mine, he praised the Tour de Pologne for its sporting and organizational level.
“I would like to thank the organizers of the congress for the warm welcome. Poland is a country with huge cycling traditions. I remember very well when, as a little boy, I got excited by watching Ryszard Szurkowski compete against Eddy Merckx during Paris-Nice in 1974. In 1980 Czeslaw Lang reached for the silver medal of the Olympic Games in Moscow, and later formed an unforgettable duo in the professional peloton with Lech Piasecki. Today Poland can be proud of riders of the likes of Michal Kwiatkowski and Rafal Majka, which have won the Tour de Pologne, in addition to other successes.” said Christian Prudhomme.

Guests, including Mauro Vegni, Director of the Giro d’Italia, Javier Guillen, Director of the Vuelta a Espana and Charly Mottet, General Secretary of AIOCC had the opportunity to visit the Wieliczka Salt Mine.
“Our guests were very impressed by this place. The “Wieliczka” Salt Mine has been a partner of Tour de Pologne for years and I am glad that we could meet together in such a beautiful scenery. This is very important to us, because the organization of the AIOCC congress is an extremely prestigious event and, at the same time, a good opportunity to exchange opinions and experiences while showing the beauty of our country to other race organizers.That’s why we visited first Wieliczka and then Krakow, which represents for the tour of Poland, what Paris represents for the Tour de France” said Tour de Pologne General Director Czeslaw Lang.

Czeslaw Lang and Agata Lang, respectively General Deputy Director of the Lang Team and Vice President of the European Cycling Union, were the hosts of the congress that took place on Friday in Krakow. Anna Korfel-Jasinska, Vice President of the City of Kraków, also honored the general assembly with her presence. One of the main topics of the meeting was the issue of cyclists safety.

“Riders’ safety should always be in first place, and race organizers must make every effort to ensure the highest level of security at the events. We are all well aware of how important this topic is, also because there are many former riders among the race organizers. During the congress, we also talked about how much work needs to be done to ensure safety as races take place on normal roads, not in stadiums.
Today we went, together with the AIOCC delegates, to Auschwitz, a universal symbol also declared UNESCO World Heritage Site in 1979. In 2010 the Tour de Pologne paid tribute organizing a stage departure from the area where is located the Auschwitz Birkenau Memorial and Museum.” said Agata Lang.